Social media sites have always been careful to make a distinction between their peer-to-peer communications and top-down edited news feeds so as to avoid any of the responsibilities and oversight that actual news channels operate under.

Twitter now seems to have abandoned that stance in favor of making internal decisions over what it chooses to present to its users.

This could be interesting.

“Twitter…is changing its service to give more space to major events such as the World Cup, earthquakes, royal weddings and elections…in contrast with social networks such as Facebook Inc that have made news a lower priority than posts about family or friends.

“Twitter said it would begin notifying users in its app when an event was happening that might interest them, and that it would promote such events in a dedicated section of Twitter’s search page.” 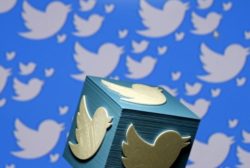