Facebook is trying hard to avoid being known as Fakebook. Unfortunately, it seems it’s going to be an endless task, as the bad actors out there won’t stop trying hard themselves.

“Facebook disabled nearly 1.3 billion ‘fake’ accounts over the past two quarters, many of them bots ‘with the intent of spreading spam or conducting illicit activities such as scams,’ the company said on Monday.

“Most of the accounts ‘were disabled within minutes of registration’.” 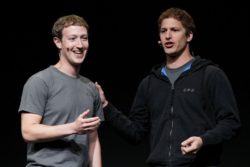