On a day that experienced major cyber attacks around the globe, I thought I should share some hard news of a positive nature.

From Reuters, via the AAF SmartBrief:

“Responding to pressure from governments in Europe and the United States after a spate of militant attacks, the companies said they would share technical solutions for removing terrorist content, commission research to inform their counter-speech efforts and work more with counter-terrorism experts.” 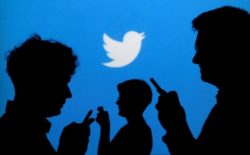