Now this makes sense. I often fault advertisers for trying to be so trendy they forget what their mission is.

Sure, your social media presence can help support your brand, but doesn’t your website do that, in a more controlled (and ideally profitable) manner?

I would hope so. And it seems advertisers are catching on. Good thing.

“TV advertisers have vastly expanded their attempts to drive people to their websites but are rarely pushing hashtags anymore, according to a study of more than 500,000 commercials since 2012….”

“Unlike an individual visit to a website … hashtags invite group conversation — which has its risks.” 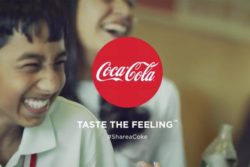